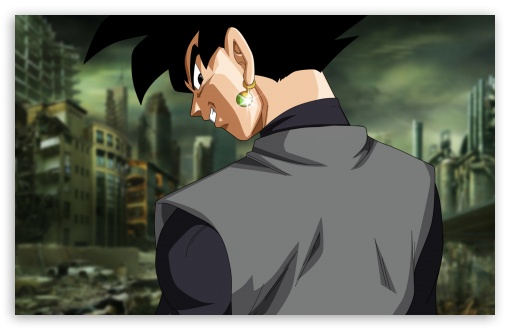 Our Less Than Perfect Arrival in the UK: Day 1 of Touring Scotland with Ciara Ballintyne I had all these plans about landing at 7:30am, being at the hotel by 10am, and out sightseeing by 10:30am—and none of it happened.

Our plane was almost two hours late. This was courtesy of the group of thirty people travelling on a group visa—and one of them was, I don’t know, on the no fly list, or not allowed to enter the UK, or something? Apparently this is a thing. I don’t know much about it, but I know I’ll never travel on a group visa. If one of you isn’t allowed, none of you are.

So they wouldn’t let them board, but of course all their bags were already loaded. How long do you reckon it takes to find thirty specific bags on an Airbus-A380? If you said “A bloody long time”, you’re a winner! So we all got to sit on the plane while they found them all… This meant we arrived late, when it was busier, which took us longer to clear customs, and longer to catch a train to our hotel. At least that all went off without a hitch, but it was approaching 1pm when we made it to our hotel. Since it had been so long since we’d eaten, everyone wanted lunch before we went anywhere, which meant it was 2pm before we got out. So from two hours late to four…

So after that rocky start, what did we achieve?

Not a hell of a lot.

We found the Hop On Hop Off Bus. Then it started pouring. Or, as the tour guide said, “really hosing down”. He wasn’t kidding. It was like monsoon in North Queensland.

We ran through the rain to the London Eye, because we had pre-paid and I was going on the damn thing regardless. Thankfully, we had fast track tickets, but because the weather was so bad, we didn’t see much. But the only photos I got that day were from the Eye.

Then we caught the wrong bus. It took us I have no idea where. I learned that I didn’t really know what bad traffic was until I came to London. Then the bus terminated 2km from our hotel. The rain had stopped, but the kids were asleep, and there was no waking them after a 24 hour flight from Australia. We couldn’t carry them that far, as they are simply too heavy. So we had to find a taxi. Our eldest had kind of slept-walked to it, then went back to sleep.

I swear it took just as long to do that 2km in that taxi as my husband and I could have walked it, sans kids. But we got back to the hotel about 6:30pm, put the kids into bed, and then discovered my parents (from whom we’d split up earlier) were missing and not answering their phone. On top of that, we were hungry and had no chance of dinner without someone to watch the kids….

Fortunately I found my parents in the restaurant, and they watched the kids while we ate, and then the kids slept all night.

The next day could only get better, right? With only 55 days to go, I should think it goes without saying that I’m getting excited. It’s so close now, I have to sometimes consciously not think about it!

All the planning is done, and most of the booking as well, and within a few weeks we’ll start paying the rest of what we owe on the accommodation. once that’s done, we’ll know it’s really close….

So here’s a tour I’m particularly looking forward to.

It’s a day trip of the Inner Hebrides, and since we are not really doing any of the Isles much (except we are spending three days on the Isle of Skye) I thought this was a great opportunity to maximise what we can see in a short period of time.

The three isles included are Mull, Iona and Staffa. You get the amazing scenery of Mull, the Abbey at Iona, and my personal highlight of the day–Fingal’s Cave at Staffa.

Now Fingal’s Cave is formed of hexagonal basalt rocks, and in the pictures it looks a lot like the Giant’s Causeway in Northern Ireland. We were supposed to go there in 2008 when we were in Ireland, but ended up not making it for numerous reasons, including that it was the end of our trip, it was an awful lot of driving, and a day spent with a friend sounded like a more pleasant use of our time. So when I saw Fingal’s Cave, I was determined we had to go there! Of course, the kids are more interested in the puffins…

It’s a full day trip–10 hours–and for us it will be 12 hours once you factor in the travel from our accommodation, but I am determined! We’re on the earlybird trip so we can still get home at a reasonable hour with the kids.

There are two tour operators that run this tour, being West Coast Tours and Staffa Tours, so if you find yourself on the west coast of Scotland wondering what to do, you might want to check them out. I’ll be sure to pop back and update you after we’ve been on our tour! It seems like our trip is now fast approaching, with our departure date in roughly five months—and boy did January fly!

Last time we were in Scotland, we didn’t really do the whole Loch Ness Monster thing, in favour of spending our time on some activities that were more important to us, and also because we were only passing Loch Ness by.

This time, however, we’ll be staying at Fort Augustus for five nights, and we’ll have kids in tow.

I have my eye on this two hour cruise. It takes us down the Caledonian Canal (or Neptune’s Staircase) so you can experience the full canal and lock experience. This appeals to be because last time we were here we saw Neptune’s Staircase from the Jacobite Train, but also we did the Falkirk Wheel—so knowing how they do it now I’m interested to try out how they did it before.

There is also a cruise that lands you near Urquhart Castle, but we’re undecided yet whether we’ll visit or not. We did stop in here last trip, mostly because we were passing and we decided not to take a cruise. I got a cute Loch Ness Monster keychain—which has since broken. No, we’re not visiting here again just so I can look for a new keychain….

The Exhibition explores the loch from prehistoric times, considering whether prehistoric creatures could really have survived the Ice Age that created the loch, and the more recent mythology. The legend of the Loch Ness monster goes back to the Celtic tradition of the “water horse” (probably a kelpie, which I have another blog on here), but developed into something new in the 1930s, which spawned a series of hoaxes.

The Exhibition has detailed sections on the efforts to determine if the Loch Ness Monster was real, and you can even see and touch The World’s Smallest Submarine (Machan) responsible for revealing some of the loch’s deepest secrets. It also examines Operation Deepscan, the Timecapsule Science, and Operation Groundtruth and some of the startling things they discovered.